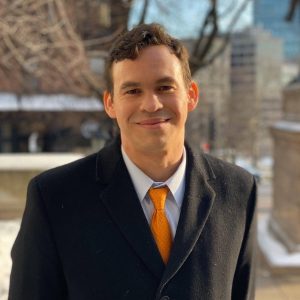 As State Representative for the 37th Middlesex district, Danillo “Dan” Sena is the first Brazilian immigrant to be elected to a state legislature in America. Before his election, Dan served as Senator Jamie Eldridge’s District Director for 6 years, working to protect immigrant rights, ensure healthcare access, and make progress towards racial justice and climate justice. Now, Dan is continuing the fight on these issues and more in the Massachusetts House of Representatives. In the House, Dan is a member of the Massachusetts Black and Latino Legislative Caucus and the MA House Progressive Caucus.

Dan grew up in Brazil and moved to the United States when he was 14 years old, as a seventh grader. After attending high school at Acton-Boxborough Regional High School, Dan attended Middlesex Community College and then received a degree in Political Science from UMass Amherst. He met Senator Jamie Eldridge when he was in high school through advocating for immigrant rights and higher education, and then after graduation he joined Senator Eldridge’s staff. Dan has a wife and two young children, who are and will be attending schools in the Acton-Boxborough Regional School District. Dan’s goal is to represent his community and work together in unity to make positive changes. Dan hopes to help make Massachusetts and his home, the 37th Middlesex District, a better place to live for us now, and for our children in the future.

"I am proud to be the first Brazilian-American to be elected to the Massachusetts legislature. I pledge to do all that I can to represent you."